When I visit Kofu, the surrounding mountains provide a sensation of being in a different world. Always misty and lit by faint colors, it’s as if the entire city is floating in mid-air. Located further up on the slopes of this city, is Studio Camel House, the base of two musicians Gen Tanabe and Yuni Mori. Surely, despite the current circumstances, these two are still in touch with music as if life has not changed. With this in mind, I felt the urge to catch up with them.

I’m interested in seeing what’s there for us once this settles down. Although, I have a feeling that an exciting world is ahead of us.

– Tell me about your living situation in Yamanashi Prefecture’s Kofu City during this time (April 30th, 2020 at the time of recording). 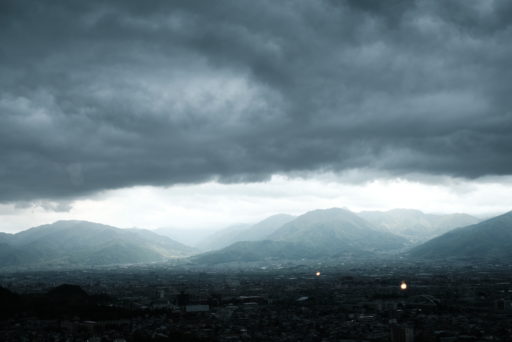 Gen Tanabe: There are no live performances, but I am in Yamanashi, and have always been the type to stay indoors, so nothing much has changed for me. Otherwise in the area, shops have restricted their services to take-out only.

Yuni Mori: It was around the start of April that things started to become this way. Places like supermarkets are open, but places like big shopping malls are closed. It’s possible to leave the prefecture by car, but I haven’t done so.

Gen Tanabe: Everything up to around June has been cancelled.

Yuni Mori: Although we are scheduled up until winter, we haven’t even discussed how to handle our post-summer plans. It’s hard to judge as the situation can change even weekly.

Gen Tanabe: Now that there’s time, maybe I can start working on my own projects, and gradually work on the production job that I had planned. Other musicians that I know of are also in this situation, and with many of them starting to produce their own work, jobs have been coming in little by little.

Yuni Mori: I had actually imagined how my next project would be like before the whole coronavirus thing started, so I’ve been preparing for my work and taking things slowly. I don’t think that there can be good outcomes behind ingenuine motivations, like rushing yourself to do something. So, I want to create things under the same processes as usual. My mindset hasn’t gotten to the point where I feel like I “have to” put out work.

Gen Tanabe: We actually talked about this yesterday. This is a very tough and tragic circumstance, and we are impacted by the ups and downs of it, so we are also shaken up. But if we think about it calmly, maybe our life hasn’t really changed that much after all. We don’t have any live performances, and being unable to meet people has been awfully lonely; though when I think about how nothing has really changed fundamentally, I feel a little relieved.

– Nonetheless, even if this current situation settles down, wouldn’t it be difficult to pursue things the same way as before? Are there any things that you want to try, or are thinking of?

Gen Tanabe: Well, this is something I’ve been thinking about for a while, unrelated to what’s going on right now. Despite living in Yamanashi, which is far away from all the big cities such as Tokyo, we have never felt out of touch. There may not be any big changes, but I do think that there will be more opportunities to visualize things that can be done remotely, and put them out there. Compared to before, things might be done more firmly now because of the coronavirus. These past few years, I’ve had a lot of live performances, so now I’m being reminded of how my life was like originally. Maybe I’ll start producing again and release more work from the small space that I work in.

Yuni Mori: Of course, I’ve done a lot of live performances and have had many meaningful encounters, but I have this impression that a big part of my music’s demographic are people who like to buy CDs to listen to at their homes. When it comes to how things will actually be in the future, I haven’t decided anything specific. But what I know for sure is that I want to be at home and continue to create music that people can thoroughly listen to from their homes.

Gen Tanabe: A part of me had been preparing for this. For a long time, this studio was more for taking in jobs from other people, but I was thinking of turning this place into a place for us to create and release music since around last year. Now, I’m being forced to think about it more.

Nowadays, listening to music comes in so many different forms. There’s many ways to output music as well, and I don’t think my choices will ever be limited.

Yuni Mori: It’s good that having access to the internet can allow you to watch things not only from Japan, but also from the whole world. However, there’s also something special about being at an actual place and performing live. Rather than recklessly putting things online, I want to do it with regards to the possibility of performing live again.

– Are there any things in particular that you’re working on at the moment?

Gen Tanabe: I’ve been practicing the flute since the end of last year, but I’ve recently been practicing all the time. Since I find it calming to have a routine, I’ve incorporated practicing the flute as a part of my day. I actually wanted to play the flute for over 10 years, but I couldn’t get myself to take the first step. I was always interested in primitive instruments, the ones for which you have to blow into and play. Being in touch with instruments after a while, I’m being reminded of how it felt when I first started playing the guitar. I have both passion and time, so it’s fun.

Yuni Mori: I joined an online English conversation school. I’m learning English because I think that a time like this when you need to stay indoors is the perfect opportunity. I couldn’t maintain my motivation or find time for myself when I was busy on tour. That’s why I feel like now is my chance. Whether it be the flute, English, or anything, if you do it everyday at a given time, your body starts to get used to it. In this way, I think we’ve been spending our time quite positively.

Gen Tanabe: Time passes by so fast when you do these things. I turned 40 last week, and since the start of this year, I’ve had this feeling that turning 40 marks the halfway point of your life. I’ve started to think that I might not have that much time left and that I should speed up in starting the things that I’ve been thinking of doing in the back of my head.

I’m interested in seeing what’s there for us once this settles down. Although, I have a feeling that an exciting world is ahead of us. 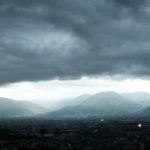 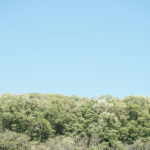 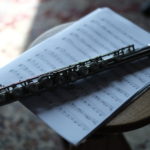 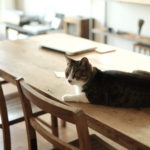 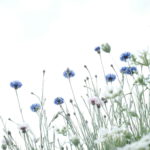 While editing this article, I listened to many of their past works, some of which I was also deeply involved in through designing album covers and organizing live events. I was gently moved by how in this situation, their music echoed to me in such a fresh way, despite having listened to it so many times. For now I think I’ll wait in excitement for the day they release their music from that same place.

Gen Tanabe: Tanabe is an artist from Yamanashi. As the representative of Studio Camel House, he builds his relationships with people and places through sound. His creative works involve his activities as a guitarist and recording engineer, as well as designing sounds for films and spaces. He is known for his works in the band WATER WATER CAMEL (currently inactive), music trio “Midori” with Yuni Mori and Hayato Aoki, music duo “orbe” with haruka nakamura, and is also a member of the band “CASA”. 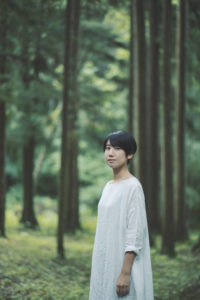 Yuni Mori: Mori is a singer-songwriter and pianist. Through her works as a band member, she has also been a solo artist since 2009. In November 2019, she released her fourth original album “The Mountain’s Morning Mist (山の朝霧)”. She is also the vocalist for her music trio “Midori” with guitarist Gen Tanabe and Hayato Aoki.