Taiwanese artist, Han Yun Liang. Since 2017, she has been practicing ceramics in the studio of Teppei Ono, a ceramic artist, located in a deep valley settlement in Kōchi prefecture. As she is someone who is devoted to her creations while living far away from home, I was interested in hearing her thoughts during this pandemic. On the day of the interview, an unseasonable typhoon was approaching. With the rain and wind on my mind, I started up my car and drove to Kōchi.

– Could you tell me about living situation around here during corona virus crisis?

I came to Japan in 2017, and I’ve lived here ever since. This is a mountain area, and there are forests and trees all around me — there’s plenty of nature. I haven’t lived anywhere else in Japan, and so even during this pandemic, this is where I’ve been living. I actually haven’t felt any big changes here. Once a week, or every two weeks, I drive downtown to get some groceries — people there wear masks and plastic barriers are placed at the counters. So I felt the changes there, but not so much here. Even though we don’t really go to the city much, there are many elderly people here, so we sort of keep our distance. We still say hello and talk a little, but we know that we need to be careful.

– You currently live away from your home country. Are there any worries you have because of this?

I’ve been keeping up with news from Taiwan, the world, and also news from Japan. I think that Taiwan has somehow managed to provide good protection for the people. I also think that it’s good here in Japan too, people know to wear masks and keep their distance. Though my family, like my mom, gets very nervous. She would email me asking if there’s anything I need. I also think that we only get part of what’s true from the media, and we probably don’t exactly know what’s going on. My friends in Taiwan seem to be living their lives as usual.

– You held an exhibition in May after the state of emergency was lifted. What were your thoughts back then?

I was staying here the whole time, but then I had to go all the way to Osaka. I had to take a flight, then the train, and stay in a hotel. I felt nervous about it all because I didn’t actually know how bad the pandemic was. All I could do was protect myself. When I got to Osaka, I had lunch there, and I don’t know if it was because I was in a restaurant, but there were people with no masks on. I felt afraid because I didn’t have the full grasp of the situation.

On one hand, I felt happy to have my first exhibition in Japan, but on the other hand, I also ended up imagining all kinds of scenarios like, ‘what if someone has the virus,’ ‘how would it affect myself and others,’ or ‘what if I have it…’ and so on.

– Has that changed your state of mind, or impacted your creations? 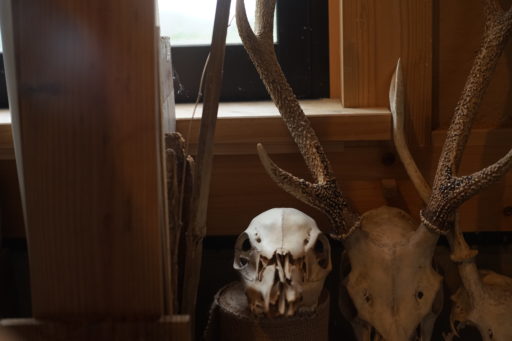 The environment outside hasn’t changed much, but watching the news, I see that the pandemic has had a serious impact on the world. I feel like this situation somehow affects me as well. I might have to think more about what I want to convey in my work now.
Before all of this, I felt like I worked for myself. I felt like I was the first audience to my works, and the actual audience would come afterwards. But seeing the situation with the pandemic worsen, I started to think about the things I can do to make this world better. I’ve been thinking about how to express life and death, but I’m still working on it. I’ve started thinking about how my works can affect or influence other people, and I feel like I’m still processing it.

– Why did this change occur? 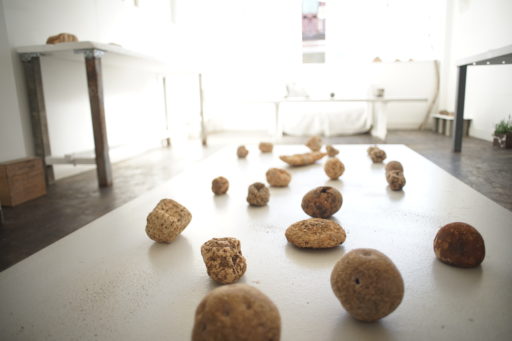 When I read the news, I sometimes feel so sad. Even without the pandemic, the world has still lost so many lives and gone through so many disasters. I feel that the pandemic and all the bad things have come together this year, and I think that this kind of sadness has impacted me.

Initially, when I wanted to express something, I used to do it with the images I had of what I wanted to create. I now express in more abstract and simple ways. I used to make things that expanded on my imagination and thoughts, but nowadays, I don’t want to include so much of myself in the work. Now, I want the work to grow into its own form and have its own meaning. I want to take my hands off the work a little, so that there can be simple things that don’t involve myself too much.

There’s this personal experience from when I was very little. It was when I was about seven or eight years old that I fell into a lake and saw a big fish. The big fish was smiling at me, and that was it. My father just picked me up very quickly afterwards, but this strange memory always stayed with me. Somehow, after I grew up and entered grad school, there was this one time that the memory resurfaced, and I started thinking about why it was still in my mind. Then, I thought about how I would’ve died if my dad hadn’t picked me up from the water. This made me think about what that fish meant to me, and it led me to question what it really means to be alive.

I have a very strong image of death. This pandemic has made me want to explore this theme more. Although I haven’t been able to find a link between the two, I think there is some kind of connection between death and that experience I had as a kid. I feel like the pandemic might be one of the triggers to finding that connection.

– What are your thoughts on the changes that will be made art scene from now on?

I follow some big museums on Instagram, and I can see that they are trying to understand the pandemic together with their visitors. They’ve changed their systems, and now, you have to make reservations online, and artworks have been rearranged to have more space between them. There may be changes in the interactions between the works and the audience, but I feel that the core thing, as in art itself, won’t change. 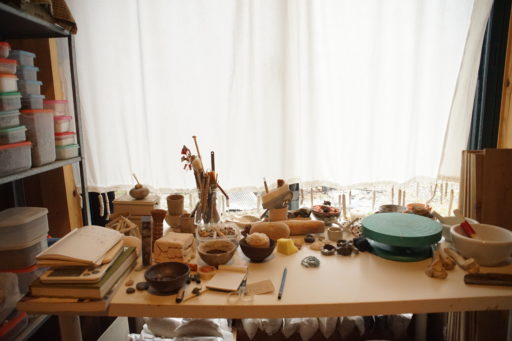 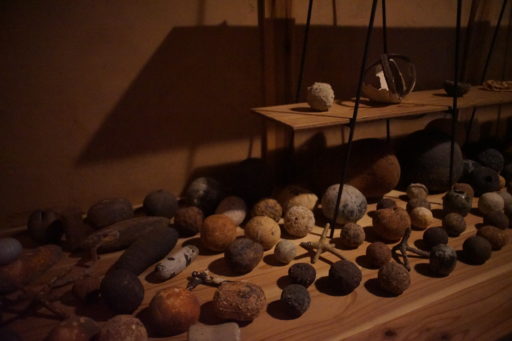 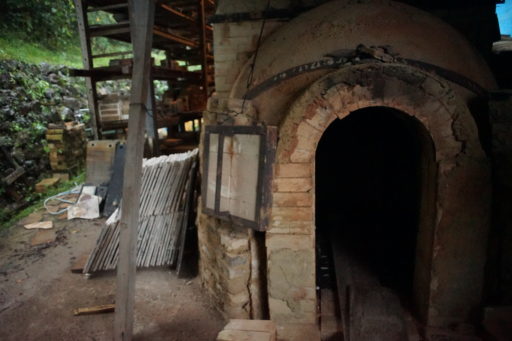 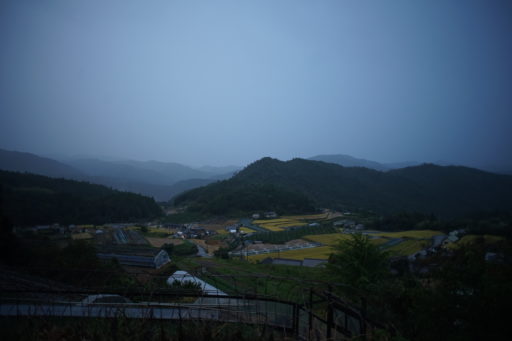 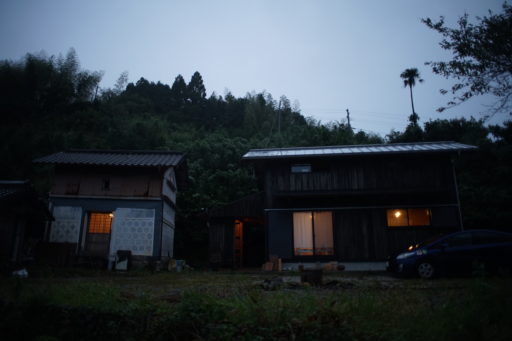 What separates the self from others is a cell wall, and we usually do not question the distance that stands in between. I am myself, and so are you. And the virus is not me. Though when I recall the time I spent in her studio surrounded by deep mountains, it strikes me that I was actually a small part of nature for that time. During the interview, I felt as if the borders of my existence were becoming blurred by the heavy, fluctuating sound of rain. Then, I faintly felt the presence of the big fish from her childhood that she saw in a pond. 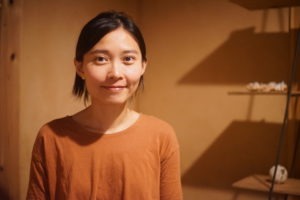 Han Yun Liang: Born in Kaohsiung, Taiwan, in 1987. Liang graduated from National Chiao Tung University, Institute of Applied Arts, with a masters degree in Visual Communication Design. She later studied design at New York’s Pratt Institute and Helsinki’s Aalto University School of Arts. She came to Japan in 2017, and became an apprentice to ceramic artist Ono Teppei in Kami, Kōchi prefecture. She held her first exhibition in Japan in 2020, and has unveiled many creations. As a member of TTYL, Liang also creates and publishes many zines.