This time, we decided to catch up with musician, Kosuke Shimizu, who is active in projects such as mama!milk. It’s been over a decade since I started working around music, and a part of me has always been wondering; what is mama!milk up to, and how are they creating their sounds? We’ve come across one another many times, but only greeted each other without much of a chance to talk. However, the disorder brought by the coronavirus served as the right opportunity for me to get to know him better.

The question to think about here is; how much can we do with many of the added values scraped off? Nothing will probably change for mama!milk.

– Tell me about the current situation (May 22nd 2020, at the time of recording) of your music projects. 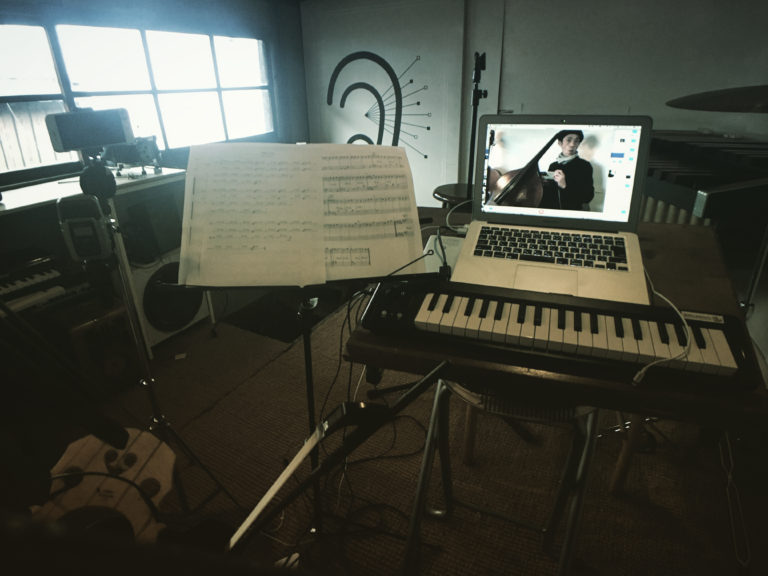 The impact started showing at the end of February, and as of now, my plans up to July have been wiped out. It’s impossible to even organize events for August and September, so I’ve hit pause on performing. I’ve been a part of EGO-WRAPPIN’ since last year, but their tour and festivals were all canceled. There was also going to be a screening of the silent film Metropolis with live music accompaniment, the performance was scheduled to be after about a week of production in mid-April, and now that’s gone too (a rerun has been announced). As for mama!milk, we’ve been making an album. The recording started last year and in March we were able to borrow the Hara Museum at the very last moment, so with the people who could make it there, such as the marimba player, we did a recording session. Also, we’ve been overdubbing from home using the things that have been recorded so far.

– With your plans being canceled so extensively, I imagine that it’s had more than just minor effects on you. Is that so?

My schedule’s been cleared, but I have a lot to do. Since the year before last, I’ve been making a solo album in my spare time, but I didn’t have the space to really focus on it. So I’ve been finishing it up all at once. During this time, I’m thinking of doing things that I haven’t been able to do, so I’ve been working on the album since around the end of March. There are many musicians like me with unexpected time on their hands, so we would record remotely, or if they are based in Kyoto, I would visit them to record together. Actually, other than the fact that money hasn’t been flowing in, I’ve been really busy.

Also, given the circumstances, I decided to start streaming. I teamed up with a video creator who wants to study streaming. Through trial and error, we’ve managed to come up with different methods of expressions. The other day, we installed three cameras and live streamed from the Hōnen-in. I’ve been doing an event called Toki No Atosaki (Before and After Time) there for about 10 years, and I am acquainted with the priest, so he was happy to let me use the temple when I talked to him about the live stream. There’s potential in streaming because it can be archived as well as reach a wider audience than usual. I won’t instantly get something out of it, but if I get started, there will eventually be responses from people abroad or farther away, who I normally can’t meet, and I think that this can lead to something in the future.

– I also feel that I wouldn’t have had the opportunity to catch up with you if it weren’t for this whole situation. One day, I was scrolling through Facebook and saw your post, which said, ‘As for myself, I am not refraining from anything. It’s like I’ve unexpectedly found the right timing to sit down and focus in Kyoto. I’ve been accelerating my music production.’

I have been considerate. It’s just that I haven’t refrained from anything. Some things may be harder to do due to places being closed, but there are things that can still be done, so I think it can be surprisingly fun to look for them and get moving with some people involved too. For now, because of this situation, nobody has rules on how things should be, or how you need a certain budget to get started in the first place. You can try things out and think of what you can do in the near future. It’s not like staying still will get you any money, and if you get moving, it can take you somewhere, or you can acquire some experience and skills. I want to be able to share this idea as much as possible. I have some plans to stream in June too, and I’m thinking of getting some people involved little by little.

– I imagine that your live performances so far have been fairly influenced by your interaction with the audience. Now that you’ve started streaming, how do you feel about this?

With mama!milk, it’s not that it’s unrelated to this issue, but we usually just start playing when the performance begins and that’s it, so there hasn’t been much of a change. But with live streaming, we’ve promised to put effort into creating the space, making it somewhat picturesque so that rather than moving on from the stream after it has ended, we can archive it and save the recording. In live performances, even if you get experimental and fail, the mistakes can be swept away by the next performance. Archiving can make me tense because I do it as if I’m recording a live album every time. It’s also kind of hard to make the performances more distinct when there are fewer opportunities to perform.

– What kind of changes do you think will happen in the coming future regarding music and live performances?

There’s not much else to do than look forward to things. It’s not like I have a specific image in my mind on how I want things to be, but I’m guessing that they won’t be done in the same ways as before. This doesn’t mean that these acts, listening to music, or watching films, will no longer exist. Though maybe things will become less excessive. I feel that the arts made its way to the masses, and has broken down for now. With concerts that take place in halls, you can do this thing where you make the people come in, listen, and leave right away, but you can’t do this with festivals. For festivals to make a comeback, I’m thinking that there will be many obstacles, since many people gather, eat, and drink at these places.

Maybe it’ll be harder to give many types of added value to things. The question to think about here is; how much can we do with many of the added values scraped off? Nothing will probably change for mama!milk. Not a lot of people gather to see us in the first place, and the venues usually accommodate them quite comfortably. Also, our audience is the type to enjoy the music on their own, rather than cheer on during the performances. In this way, it’s kind of similar to going to the movie theater by yourself. Some people might even appreciate having two meter spaces between the seats. Whether it be streaming or performing live, there might not be that big of a difference in what we do and our relationship with the audience.

When the earthquake hit, it felt like the world was going to flip upside down. I thought that something might change, but in the end, nothing much happened. Although this time, compared to back then, I think people are more self-aware regardless of what community they come from. Doing the right thing might not always be easy, but I feel that at least some of our voices are being heard. We won’t be able to adapt to change unless everybody raises their awareness and knowledge.

I don’t see a set path in how I’m going to release my works and move forward, but I do know that it’s going to be different from before. I’m not sure about what will happen, but maybe I should just try the things I come up with. Well, fortunately, nobody is going to scold us when we fail, so for now I’ll do anything that looks fun. 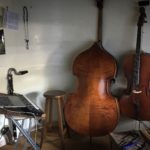 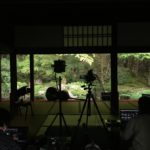 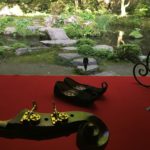 The state of emergency in all prefectures was lifted during the process of editing this article. I’ve even been hearing about concerts gradually making a comeback in each area. Despite this, I’m not convinced that audiences will return to live events as before. From the perspective of musicians, what does it even mean to do live performances? How will musicians and artists find their balance and continue to output their works in a society that’s experienced the coronavirus? With these questions, keep an eye on mama!milk as they look forward to experiment as frontrunners. 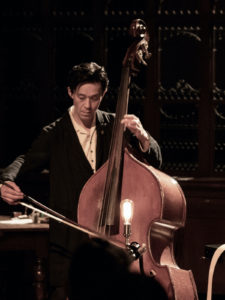 Kosuke Shimizu is an artist who is active across various creative platforms such as experimental music, improvisation, dance, and theater, while also contributing to numerous bands as a support member. In recent years, he has been involved in many projects such as mama!milk as a contrabass player, and EGO-WRAPPIN’ as a bassist since 2019. He is also in the middle of creating a solo album, welcoming musicians he is close to such as multi-instrumentalist Daiho Soga and pianist Masaki Hayashi. OK MUSICS, his music duo with Takashi Nagae, released their first lead EP on Bandcamp in May 2020.