I tried recalling the first time I met him, Shotaro Miyamoto, in the back of my head while editing this article. It was probably when I was 23 or 24, however, I am certain that back then, neither of us expected to stay in touch for such a long time. I may have stopped playing music a long time ago, but he is still to this day, the same old youthful guitar kids that I first met.

In the midst of this silent coronavirus crisis, I felt the urge to ask him about the kind of sounds he is pursuing, and whether he was playing the guitar as usual. Or perhaps I should say that I just wanted to listen to his music.

We were not performing for anyone, the fact that we could play the music right there in the moment was simply meaningful.

– Your restaurant Hokusetsu Spice Research Lab in Minoh, Osaka, serves delicious curry. Tell me about the current situation with your restaurant.

At the moment (April 8th), we’re available for takeout and are open every day including the weekend, but we might have to close our business any time now since the state of emergency has been declared. There are fewer people outside now, including the areas around the station, and more businesses along the street to the Minoh waterfall are closing their shops too. There are also quite a lot of curry places in Osaka city that are closed. This is extremely tough for private shops and businesses, I’m sure they were painful decisions to make.

– My guess is that it’s not impacted by the crisis, but how is the current situation with your live performances and music projects?


In February, there was a festival celebrating the launch of the local Minoh Beer, and I formed a new band with some people that I got to know, like this reggae singer from Minoh, from performing there, but our plans to perform in March and April were called off. We didn’t want to put the opportunity to waste, so we’re making tracks by filming ourselves and communicating online. I think it’ll be interesting if these things spread and it becomes possible to do online sessions with different kinds of people. From now on, live performances will probably be streamed more often too. Systems for these things will be developed as well. On the contrary, the more virtual things become, at the same time, I feel that there will be more value in meeting someone in person, or physically being somewhere for the experience. Local and small communities will surely be valued more than before.


Our live performance in Tokyo was cancelled, and an event in April that we planned ourselves was also postponed. We’re able to go on with production because we have a studio of our own that we’ve been renting for about two years, it was originally a karaoke box but we customized it. We live streamed from the studio when our event was called off too. With live streaming, you can read people’s comments, but it’s not like you can hear the audience’s reactions or cheering. It made me realize how hard it is to share the atmosphere.

Also, when we live streamed, the stream was cut off in the middle because we went over the time limit. Although I realized this while playing, it didn’t feel right to stop the music. As we continued playing when the livestream cut off, we were not performing for anyone, the fact that we could play the music right there in the moment was simply meaningful. I thought that it would be meaningful to me, if I can always play music with that kind of feeling. The music’s energy was flowing in the right direction, and I felt it very vividly for a moment. I suppose that’s how it is when you’re not playing for anyone. 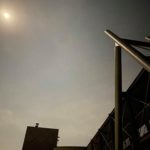 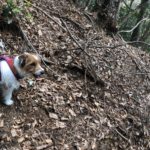 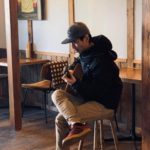 There was something about what he said at the end of the interview that made clear sense to me. Certainly, when I formed my first band, more than performing for anyone, I could not resist the happiness that came with confronting the things inside me and sharing them with my band members. Music, in itself, is supposed to be something that beats inside one’s self, but perhaps in the course of time, this idea can be put aside, or even be forgotten. I feel that music performances can take place in many forms, whether it be live streaming, or performing live in a venue, but they are essentially the same in the sense that they provide space for every individual to share experiences and resonate with them. Nonetheless, I can’t wait to go to his restaurant to eat his curry, and I would like to see him perform live too.

Born in 1980, under the influence of his drummer father, Miyamoto was exposed to jazz and world music in his early childhood. At the age of 14, he started playing the electric guitar and was introduced to rock music. Fascinated by the tones produced by guitars, he sees potential in effectors, and creates diverse soundscapes. Miyamoto has been active both as a solo artist and as a band member. Nowadays, he puts emphasis on singing, and his interest in instruments has inspired him to explore vocal expressions.

Next Saito Camel from Fukuoka, Japan